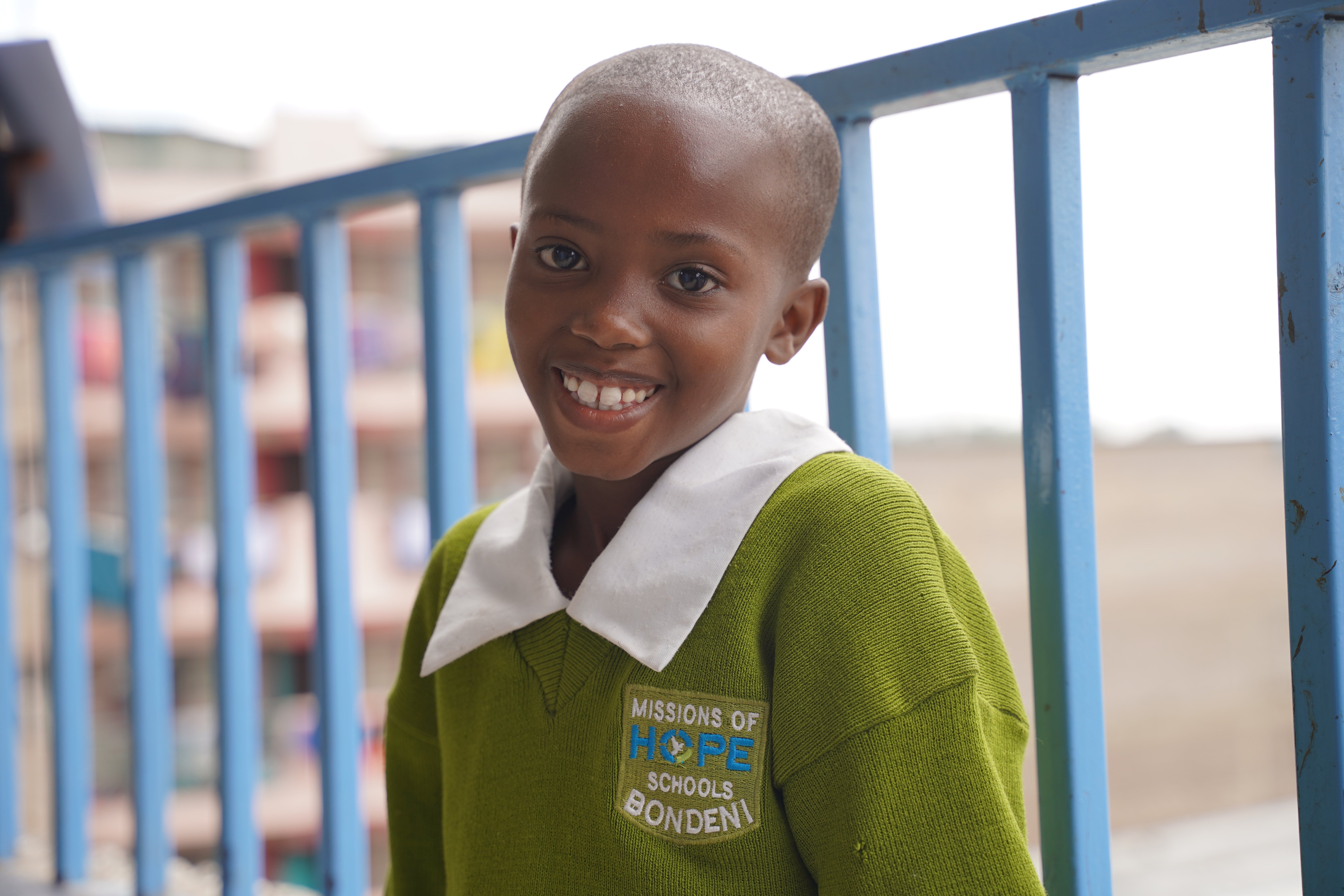 Mary is a grade two student at Missions of Hope International (MOHI) Bondeni center. The eight-year-old has a younger brother who lives with their mother while Mary lives with her grandmother.

We meet with Mary when we tour the center and Rose Mumbua, a social worker, introduces her to us. Rose tells us they found Mary at the heart of Mathare where she was, at the time, living with her mother. Her situation was so dire that they had to intervene.

“Mary was found by our CHE trainers while they were doing home visits. She was found at home taking care of her brother who was months old at the time. The children's’ mother was nowhere to be found. [Mary] told the trainers that she would be the one left behind to take care of the baby, feeding him, washing him and their clothes - while their mother went to look for work,” Rose says.

The children’s case was handed over to the social workers and they were soon able to establish that Mary’s mother is struggling with drug addiction. This addiction had made her irresponsible, giving the young girl duties that were beyond her age and keeping her from school despite the fact that she was already of school-going age. She would also leave the children without any food and be gone for hours on end.

“The first thing we did was convince her to let us take Mary to school and she eventually agreed,” Rose says. “When Mary joined MOHI, she was a malnourished, unkempt child who was also very reserved and lacking in confidence. We felt this was because of the emotional neglect she had endured and the dysfunction in her home.”

Rose tells us they eventually discovered that the girl has a grandmother and with Mary’s help, they were able to locate her. They needed to find out more about Mary’s mother and also determine whether they could get the child from that toxic environment. The information they garnered was indeed disheartening.

Mary’s grandmother told them that her daughter Lilian is only 30-years-old and that she got into bad company after she turned 18. This was in 2008 and it was also the same year she ran away from home and went to live in Mombasa. It was here that she was introduced into the world of drugs and soon she was living in the streets unable to fend for herself. In 2014, Lilian started taking heroin and from then on her life has been on a downward slope.

Rose says they learned that at some point, Lilian and Mary were living in the streets in Mombasa. Drugs had taken a heavy toll on Lilian and her young daughter was affected by the lifestyle that came with this habit. It was not until 2016 that Lillian decided to stop using heroin. She started using methadone to help her get out of the addiction and in 2018, she came back to Nairobi. 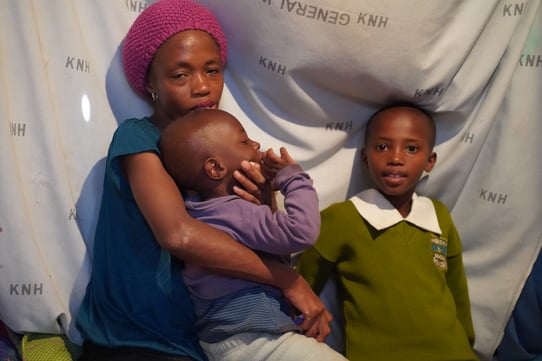 “By the time MOHI came into the picture, Lilian was doing better in managing her heroin addiction. The drug methadone is one she uses every day and so far she has kept up with the recommended dosage. She is however, still very dependent on marijuana and has taken to sniffing jet fuel. It is these concoctions that make it difficult for her to adequately take care of her children and give them the care they need,” Rose said.

After several counseling sessions with staff from MOHI and there being no improvement in how the children were fairing while in their mother’s care, Lilian was convinced to have Mary go live with her grandmother. She agreed but insisted on staying with the small baby.

“We still work very closely with Lilian,” Rose tells me. “We talk to her about the love of Christ and His saving power. We know that only Jesus can help this young woman get her life together. We ensure to visit the home regularly to educate her on healthy home habits, proper care of her young son and also ensure she continues taking the medicine”.

On her part, Mary is doing very well since she started living with her grandmother. The girl smiles at me shyly when I ask her if she is now happy.

“I am very happy,” she says. “I love my school. I have made many friends and I have good teachers. I enjoy the songs we sing during devotions and look forward to the nutritious meals. I also look forward to home time because I love living with my grandmother. She takes very good care of me and I do not worry about anything anymore. I sometimes miss my brother and my mum but my grandmother allows me to go visit them.”

For many like Lilian, living in disadvantaged communities, drug abuse and addiction is a reality they live with. We thank God that we were able to rescue this young girl from living in such conditions and pray that we will be able to help her mother and young brother as well.

Thank you for your giving for it makes it possible for us to intervene and help families such as these. Please join us as we keep praying for Mary’s family that is so in need of God’s saving grace.