The Story of Missions of Hope International

The Story of Missions of Hope International

They say the journey of a thousand miles begins with just one step and that has been the way of Missions of Hope International (MOHI). Today, 20-years on, the consistent taking of that proverbial one step after the other together with acts of faith has resulted in the magnificent organization that MOHI is.

It all started in the early 1990s when a young Mary Kamau started classes at Kenyatta University. Having recently accepted Jesus as her Savior, she began to share the message of Christ in local mission work.

Along the way, Mary met a young worship leader who intrigued her with his stories of growing up in Mathare Valley—home to one of the oldest and largest slums in Nairobi, Kenya. Curious, she asked him to take her there so she could experience it for herself.

What she saw transformed her life—forever... 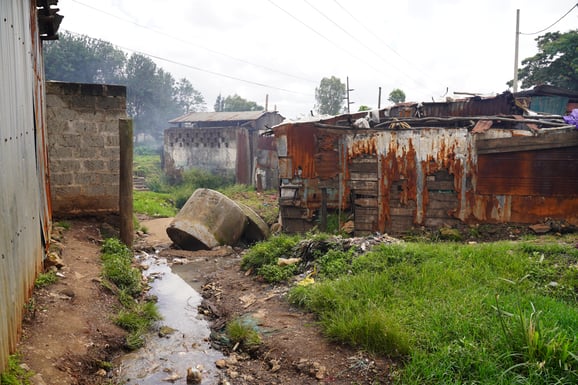 Mary had never seen such extreme poverty. She couldn’t understand how people could live in such unhealthy and dangerous conditions. But what shocked her even more was that it appeared that no one was stepping in to help.

In that moment, the Holy Spirit began His work, lighting a fire in Mary’s heart and calling her to God’s will. All the while, planting seeds in the hearts of those who would join along the way.

Mary began a routine, visiting the people and families of Mathare Valley weekly, bringing along groceries and other necessities when she could. The local children started calling her “Teacher Mary” as she would always share Bible stories and songs about Jesus.

During one of her regular visits, she was introduced to a pastor who invited her to his local church.

Later, at a prayer meeting, Mary met Wallace Kamau, whom God was also calling to impact lives in Kenya. Wallace would go on to become her, husband and co-leader in Missions of Hope International, working to financially support the mission, spearheading new programs and furthering the footprint of the ministry.

Wallace and Mary quickly realized that while the people of Mathare Valley were hungry for the word of Christ, they also needed a way to meet their most basic needs, which would require the love and trust of ongoing support.

With a couple of ministry initiatives under their belt and some additional training, the two were joined by a board of directors and the local community to begin building what would later be known as Missions of Hope International, opening their first school, Mathare Family Hope Center on September 4, 2000. 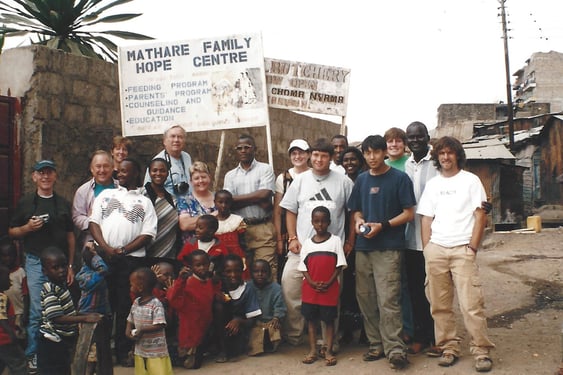 This initiative was the first of its kind in Mathare Valley, offering education, nutrition, and spiritual development for 50 children. They had no idea how they would reach their future goals or continue to fund the ministry, but they held strong in their faith, trusting that God would provide.

Over the years, the ministry grew, from 50 students to hundreds—each time, exceeding expectations and requiring more resources to effectively carry out the work. From partnership opportunities to divine introductions, the story of MOHI spread and people everywhere wanted to experience what God was doing in Kenya.

In 2006, MOHI entered a formal partnership with Christian Missionary Fellowship (CMF) and launched its child sponsorship program. The partnership with CMF allowed MOHI to support more children and grow at a much quicker pace. It also brought new U.S. church partners to the MOHI family and provided a communication vehicle to spread the news of the ministry. 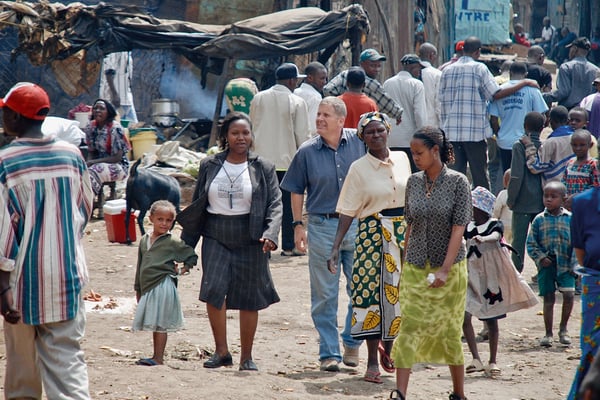 Over the years, MOHI leaders continued to look for ways to serve, waiting to be invited into new opportunities in the community. It’s this holistic model that distinguishes MOHI from other global ministries—whether it’s the microfinance program, lending money to a young mother and teaching her how to start a laundry soap business, or the spiritual development program, discipling young leaders to plant and grow a church.

Today, MOHI offers a variety of integrated programs that help educate, empower, restore, and redeem whole communities for Christ—and the fruits are more visible than ever! There are now generations returning to Mathare Valley—young adults who started with MOHI as children, returning post-graduation to bring new hope and transformation to their communities for Christ!

We’ve been blessed to have built more than 25 schools, impacted tens of thousands of families, and changed the lives of more than 30,000 children. And yet, He’s calling us to step out again in faith to impact the lives of even more. Our new mission is to reach 100,000 children by the year 2030. 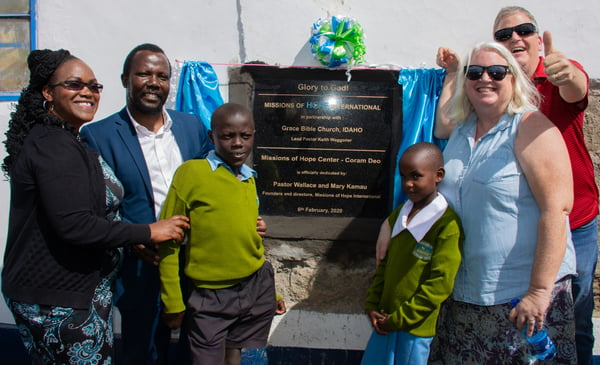 With this comes a number of key initiatives, including a new U.S. based division of MOHI, a new platform for giving and support, a growth of key church partners, and even more impact across Kenya.

Wallace and Mary Kamau continue to lead the ministry to this day, along with 1,200 staff members in Kenya. The rest of the story continues each day as we trust God to open doors and guide us in our steps.

Come join us in transforming lives through the hope of Christ!