Timaiyo's story: "How my fortunes changed"

Timaiyo's story: "How my fortunes changed"

Peter Tarayie Timaiyo is a man who wears many hats. He is a parent at Missions of Hope Kariobangi center where his nine and six-year-old daughters go to school. He is also the school's Parent and Teacher Association (PTA) chairman, he is a pastor, an employer and an astute businessman. 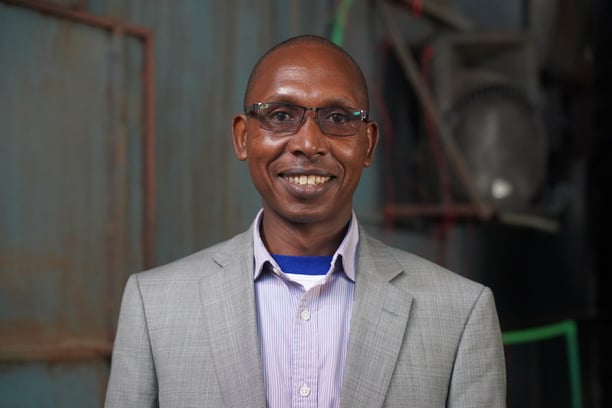 Timaiyo says his interaction with MOHI started in January 2019 when his eldest daughter joined the Kariobangi school as a grade one pupil. It was also the same year that he was elected to serve as the PTA chair leading a group of seven in a team selected to act as the link between the school and parents.

“I first heard about MOHI from a pastor friend whose children had studied at the Pangani and Joska centers. The good report he gave me inspired me and the fact that MOHI offers good quality Christian education further appealed to me,” Timaiyo says. “I wanted my children to attend a school that was foundationally Christian and I thank God for MOHI”.

Whereas Timaiyo is today a man who runs several businesses, he says this only came to pass in 2020 after he learned about MOHI’s microfinance department. Before then, he was in ministry full-time as a preacher.

“We had come for a parents-teachers meeting at the school and the microfinance team was given the opportunity to speak to us,” he says. “What they said resonated with me greatly and I immediately signed up to join. This was in December 2019 and I started saving my money with them,” Timaiyo says.

A few months into 2020 and Covid hit. With it came stringent government regulations including the shutting down of churches. This was a blow for Timaiyo who did not have any other way to financially support his family.

“While our parent church took good care of us pastors by ensuring our rents were paid and we received food baskets, I felt that this was not going to be sustainable,” Timaiyo says. “Covid looked like it was here to stay and I wanted a way to be able to provide for my family. I had a desire to get into business and I talked to our local church council to get their permission. I was elated when they gave me a go-ahead.”

Timaiyo’s plan was to get into the water retailing business so that he could provide his neighbors with clean water. The place where they lived did not have running water so he and his neighbors were forced to buy water and many times they could not be certain if it was safe to drink or cook with.

Being very green in the business space, Timaiyo shared his idea with MOHI’s microfinance officer. He was given some solid business input which he says further strengthened his resolve to try his hand at business.

“I used this money to purchase a 10,000-liter capacity tank and also to get all the required plumbing work done,” Timaiyo says.

“Once I got connected to Nairobi’s main water grid, I was open for business and the response was overwhelming! We were selling water literally for 24hours; even during the government instituted Covid curfew," he says.

"People would leave their water jerry cans with us and the night guard, who watched over the premises, would spend the night filling them up and the owners would collect them in the morning.”

Timaiyo says his loan was supposed to be repaid within six months and he was able to pay it off in five months. He then immediately applied for another loan - double the amount he’d initially taken - and he was approved to receive the cash. 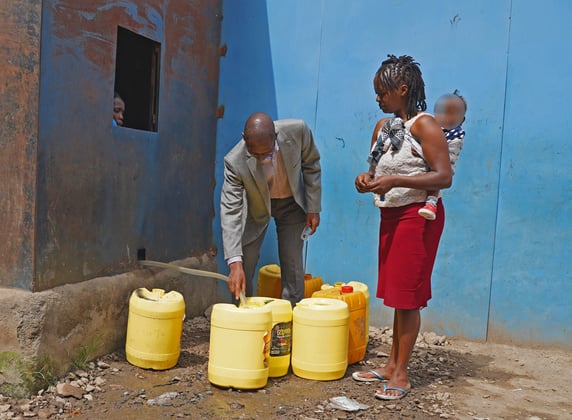 “I used this money to buy a smaller water tank and to expand the business so I could better serve my clients,” Timaiyo says. “I also diversified into the mobile money business (M-Pesa) and later introduced the selling of mobile phones.”

A year later, in September 2021, Timaiyo took his third loan. He had already paid off his previous loan and he was now looking to open another mobile money shop out of Nairobi. He says this loan helped him do this and also take care of other operational costs across his businesses.

Today, Timaiyo has four people he has employed directly and he is reaching many others through his businesses. Timaiyo continues to be a pastor, which he says is his true calling, and he has found a way to balance his time between the church, his businesses and his family. When Timaiyo talks about his new life, it is with a broad smile on his face as he looks to the future with confidence.

“Everything that I have accomplished - within a span of just two years! Is as a result of the conversation I had with MOHI’s microfinance team in 2020,” he says. “I give glory to God because He has used MOHI to turn my life and that of my family around.”

Timaiyo says MOHI provided him with a platform where he could save and get access to credit at an affordable repayment rate. He says in so doing, MOHI gave him the dignity to stand on his own two feet, as a pastor, without having to depend on the church for his sustenance. If anything, Timaiyo can now be a blessing to needy church members.

“The reason I have been able to grow in business is due to the sound financial advice I continue to receive from the microfinance team,” Timaiyo says.

“Right from the first loan, they were not just giving me money and sending me on my way, they always guided me and offered me great money management tips. As a result, I have been able to make sound business investments and enjoy good returns. I now envision being able to start constructing my own home at the end of this year. Truly, I am one of the people who has received HOPE from Missions of Hope.”

MOHI’s micro-finance team works tirelessly to empower individuals and groups so they can rise above poverty. Economic empowerment is one of MOHI’s key pillars and we give glory to God for the work He has enabled us to do and to keep doing in the communities we serve.

Please keep us in your prayers as we work to help as many people as possible become financially independent. You can also partner with us in putting an end to generational poverty and bringing lasting transformation.