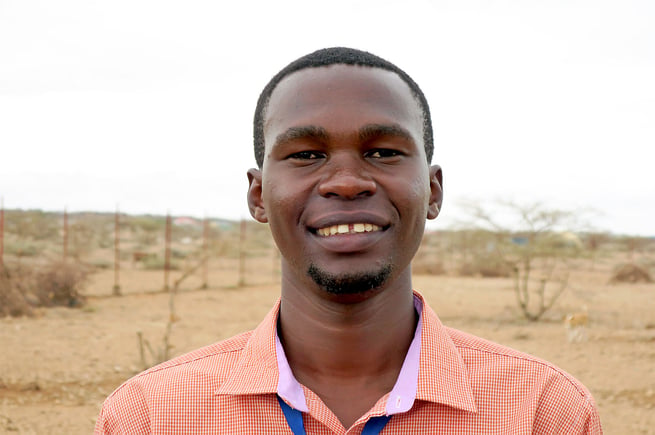 Tyson Mutua is one of our staff members working at the Kargi center as a Logistics and Accounts Assistant. He is also an alumnus of MOHI.

Tyson was born and brought up in Nairobi’s Mathare Valley where he lived with his single mother as well as his three siblings. Like many other families who live in this area, meeting their daily basic needs was a challenge. Tyson was, at the time, a student at a nearby private school and he would constantly be sent home for lack of school fees.

He got to know about MOHI in 2007 from a friend who invited him to attend VBS at the Pangani center. Tyson loved the school and after the function, he went back home and told his mother that he wanted to join MOHI.

Tyson was relentless in reminding her of his desire to change schools and he waited anxiously for the recruitment window to open up. He was excited to join other new students at the interview stage and he could hardly wait for the confirmation that his enrollment had gone through. His wish was finally realized in 2008.

“I was enrolled as a grade six student at the Joska center in the boarding program. I was happy to be in a place where I could have three nutritious meals every day and where I could also focus on my studies,” he says. “It was also in Joska that I gave my life to Christ and was baptized”. 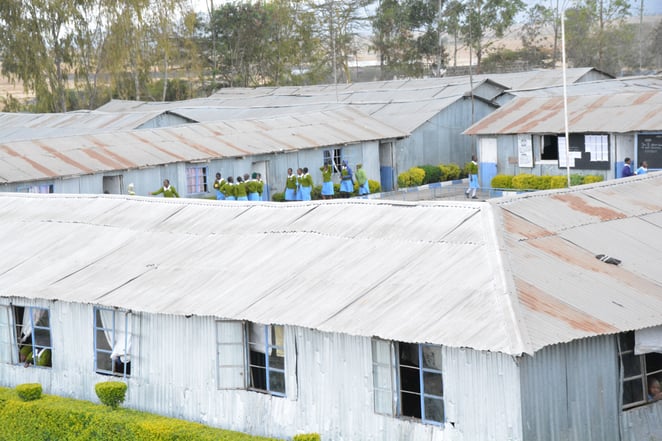 Unfortunately, unknown to Tyson, his mother had become mentally ill during his time in school. He only learned of her ailment after he came home for the school break.

“I was shocked to find my mother in that state because she had never had this problem before,” he says. “It was difficult staying with her because half of the time, she did not recognize me and she would chase me away from home.”

When school resumed, Tyson went back and he says he had a hard time concentrating on his studies. He constantly thought about his mother’s health and he could hardly wait for schools to close so he could go home and find out how she was doing. Sadly, when he finally did, another shocker awaited him.

“I knocked on the door to our house and a stranger opened the door. That left me very confused. I asked him where my mother was and he had no idea what I was talking about. I inquired from our neighbors and they told me that my mother had moved away and no one knew where she had gone. My younger brother was now living with a neighbor while my older brother had left to fend for himself,” Tyson says.

He spent the night at a neighbor's house and in the morning, he came to MOHI for assistance. Social workers stepped in to help and a staff member agreed to take him in. Tyson ended up staying with this staff member and her family for the next two years until he sat for his grade eight national examinations in 2010.

“We did eventually get to learn that mum had made her way to our rural home,” he says. “She was still not well but at least knowing that she was surrounded by family and was not alone gave me peace of mind.”

Tyson did well in his primary school exit exams and he was enrolled in high school. MOHI stepped in to ensure that he had everything needed to make this transition. He says that for the next four years, his tuition and upkeep fee as well as study materials were all catered for by MOHI.

“When schools would close, I would sometimes go to visit my mum in our rural home,” Tyson says. “I would also spend time with the neighbor who had become a foster mother to our younger brother. She was a Muslim lady and she had many children of her own, but her door was always open to any child in need. While there, I would attend the Madrasa classes with her children and recite the prayers,” he says.

Tyson says the kindness extended to him and his brother by this lady and the way he got to interact with her children made him feel as though he was part of the family. The sense of belonging he found within that home made him wonder how it would be to convert to Islam. Thankfully, God intervened and sent another MOHI staff member to embrace this young man.

Tyson says the bond he has with this staff member and her entire family exists to date. They opened their home and their lives to him and treat him as though he is one of them. He says they have become his mentors offering him discipleship that has seen him become very grounded in his faith. 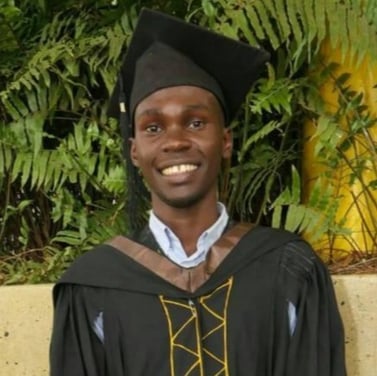 “I found parents in this couple and their love and care pulled me through a very difficult and confusing time in my life,” he says. “Because of this support, I was able to focus on my studies and they encouraged me to work hard and go to university so that I can have a better future for myself.”

After four years of high school education, Tyson sat for his high school exit exams and passed. He secured a slot to university to study for a Bachelor of Commerce degree.

“Because of MOHI, I was among the lot of young people who joined university in 2015 and for the four years I was there, they supported me fully,” he says.

Tyson graduated in July of 2019 and immediately started looking for a job. A short time later, MOHI placed an advertisement for a logistics and accounts assistant position in Kargi center and he applied. Tyson was among those shortlisted for the interview and he got the job!

“When I look at my life, the many ups and downs, I see the hand of God working in my life through MOHI,” he says. “I would not have achieved what I have been able to achieve without MOHI’s input in my life. Not only did MOHI give me access to quality education, I also got to meet people who have played a major role in molding me into the man I am today. I thank God for MOHI!” 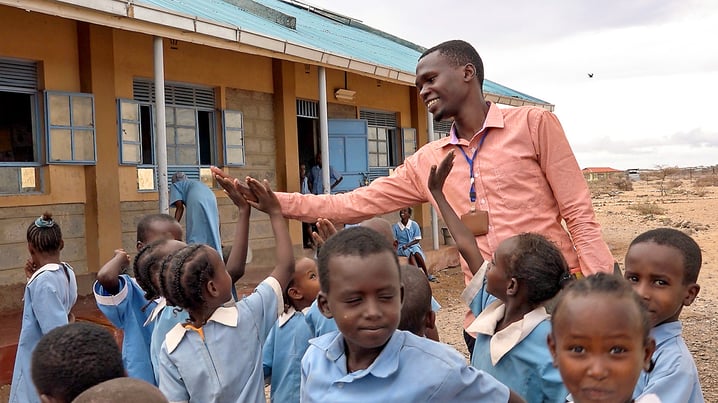