Caught in the poverty trap...

Caught in the poverty trap...

Kenya is a beautiful country. Rich in heritage, history, culture, landscapes, and wildlife. Unfortunately, it’s also a country that struggles with poverty.

Although Kenya's economy is the largest and most developed in East and Central Africa, there is a large gap between the rich and poor. The top 10% of the country controls 40% of the wealth[1] and over one-third of the country lives below the international poverty line. [2] Many in this category end up living in sprawling urban slums - like Mathare - which are perhaps the greatest visual indicator of poverty in Kenya. 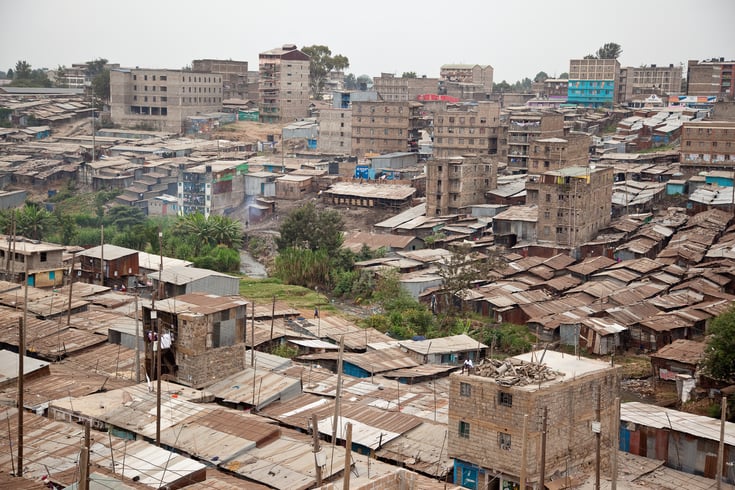 In these disadvantaged communities, many people live on less than $2 a day and spend much of their effort trying to find jobs to earn money for basic needs. Households are often run by single mothers who - in addition to their own children - often care for children of deceased relatives or other orphans who have no place to live.

Homes usually consist of 10x10 dirt floor shanties made from tin, wood, cardboard and mud, with no electricity or running water. As a result, sewage and waste flow openly through the streets, causing pollution, disease and an appalling smell.

A high crime rate, routine drug use to mask hunger pains, street kids with no opportunity for a way out, gender-based violence and children sold into prostitution are all common in these informal settlements.

Outside the large cities, in the more remote villages, many families earn a living through farming, fishing, or tending livestock. On average, people living in these rural areas experience higher levels of poverty than those living in the larger cities. 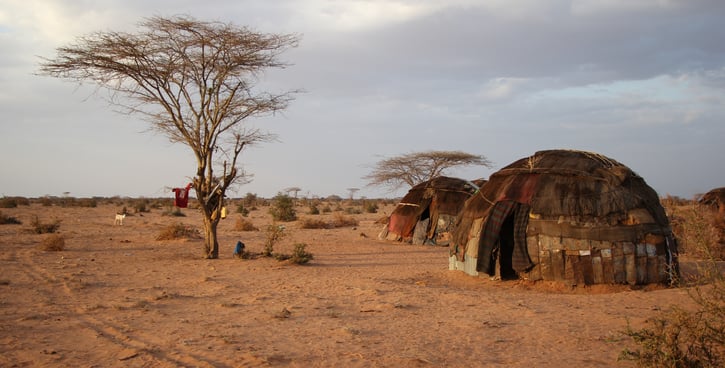 Access to quality education and steady employment is extremely limited and only a small percentage of people complete their primary education or pursue higher education.

In the last 25 years, the population of Kenya has doubled to over 50 million people. Experts project that number to grow even faster, with as many as 3,000 new babies being born each day, putting a strain on the already limited resources.

Despite job creation efforts, the job market is struggling to keep pace with the growing population. And, of the opportunities that are available, many are often low paying.

The biggest age group affected by joblessness is under the age of 35. This group also makes up 75% of the population. Not only does this widen the gap between the rich and the poor, but it also points toward a growing dependency burden on the Kenyan economy.

Beyond the economic challenges are a number of health issues, including high maternal and child mortality rates. Conditions like malnutrition and infectious diseases including malaria, tuberculosis, and HIV are not uncommon. In fact, Kenya ranks as one of the top countries for HIV infections, with 1.5 million people infected.

While studies show there is a direct correlation between lack of education and poverty level, for many Kenyans, this is beyond their control.

Education has been made free by the government, and while this has increased participation, it has also created new difficulties. Congested classrooms, limited resources, and increased student-to-teacher ratios are all challenges that affect the quality of the education offered.

Kenya’s culture, which consists of multiple traditions and trends, also has its role in shaping the landscape of poverty.

Because at least 90% of Kenya’s tribes are heavily patriarchal, many of the cultural practices promote gender inequality.

As a result, in places where education is lacking and Christianity is not practiced, many women and girls are exposed to early marriages and polygamous relationships that lead to teen pregnancies and destroyed lives. 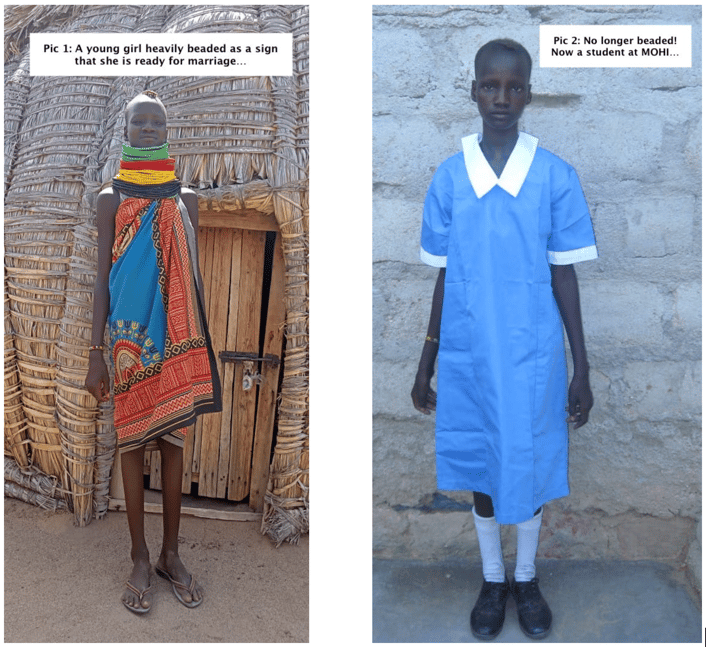 Boys in this type of society are also impacted. Forced to grow up fast and assume leadership roles at home, it’s not uncommon to find sisters, even mothers, being accountable to their brothers and sons. This often leads to a lack of respect and acceptance of female authority, showing up in interactions with teachers and colleagues, and can perpetuate gender-based violence.

Boys are often kept out of school by their parents so they can tend to the family’s livestock, which is made a priority because it’s considered to be a measurement of the family’s wealth.

As boys enter manhood, they partake in elaborate initiation rites and celebrations. During this time, many boys are introduced to alcohol and drugs as the markings of a ‘man’. This further reinforces the cycle of poverty as boys often abandon their education at this point and pursue income-generating activities or crime to sustain their new habits.

Although Kenya is a religious country, we know that not all beliefs lead to freedom. Some religious beliefs perpetuate spiritual poverty as they lead people into a hopeless life separated from God.

The predominant religion in Kenya is Christianity, which is adhered to by an estimated 85% of the total population. Islam is the second-largest religion in Kenya, practiced by nearly 11% of Kenyans. Other faiths include Buddhism, Hinduism and traditional religions.

It’s important to note; however, that because Kenya is a melting pot of 42 tribes, each with its own religious beliefs and practices, it’s not uncommon for those who identify as Christian to also incorporate non-biblical practices that date back to the days of their ancestors.

Although traditional beliefs and practices vary in detail among Kenya's ethnic groups, they share many general characteristics. Most believe in an eternal, omnipotent creator, set apart from man. How that plays out, though, may vary. For example, the Kikuyu's god is named "Murungu" or (more frequently) "Ngai", a loan word from Masai. Ngai cannot be seen and the belief is that his dwelling place is in Mount Kenya. So, while praying, they face the mountain.

Another common element is the belief that the human and spirit realm intersect. Even after death, they believe a person’s spirit continues to live among them. Ancestral ghosts or spirits are held in great reverence and some communities even encourage communicating with them. Other tribes believe their ancestors reincarnate as children within the family.

Many also believe in supernatural spiritual forces that live in places like mountains, forests, thickets, and rivers and are greatly feared by all.

They believe that if you please the spirits, success is assured. If you anger the spirits, you could suffer illness or greater evil. To keep the peace, they identify diviners as the go-between for the physical and spiritual worlds. Diviners are believed to have the power to communicate with the spirit realm and are often sought after to help cure a disease, request financial gain or be freed from torment. They are also called upon during times of drought to pray for rain.

Opposite of diviners are witches and sorcerers, who are believed to cause harm.

Sadly, in the communities where these traditional practices are encouraged and openly embraced, the people tend to live in spiritual poverty, devoid of the truth, and sometimes in hostility toward the Gospel of Jesus Christ.

It’s clear that poverty is complex and comes in all forms: physical, spiritual, emotional, relational, and economic.

Poverty is the thief that robs people of their basic needs— food, clean water, sanitation, healthcare, and education. It destroys hope, purpose, and self-worth; infecting hearts with isolation, apathy, dependency, disconnection, and addiction. Poverty is life fallen short of God’s intent, fracturing relationships with self, others, and the Creator Himself.

While these issues are not easily solved, we are called to bring the light of Jesus to all people. We are to teach them about the Word of God and baptize them in the name of the Father, the Son and the Holy Spirit. 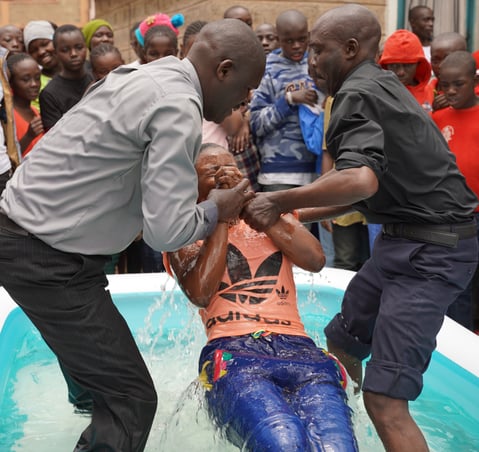 May God guide us toward taking steps that bring people back to the life God intended for them  -- and in doing so, may we bring glory to His name.