'MOHI has given me a reason to smile!'

'MOHI has given me a reason to smile!'

Stephen Ekaro is a grade 10 student at MOHI’s Turkana High School. He stands out from the rest of his classmates because it is obvious that he is a mature student.

When I ask him his age, Stephen ponders for a while and says that he cannot be very certain. He then smiles and says ‘I have been around.’

And to be sure, Stephen has been around! He has worked as a fisherman and a herder for a number of years. But even then, he says that his desire was to go to school, but it seemed impossible. Thank God that He used MOHI to make this dream come true for Stephen.

Stephen was born in Lodwar; in the Northern part of Turkana County and his home is very near the Kenya-Ethiopia border. He was born into your typical pastoralist family where value was placed on how many livestock one has and education was viewed as a waste of time.

“Nobody in my family had ever been to school,” Stephen says. “My parents did not place any value on education and so from a young age, I joined other boys my age and together we spent our days herding our respective family’s livestock." 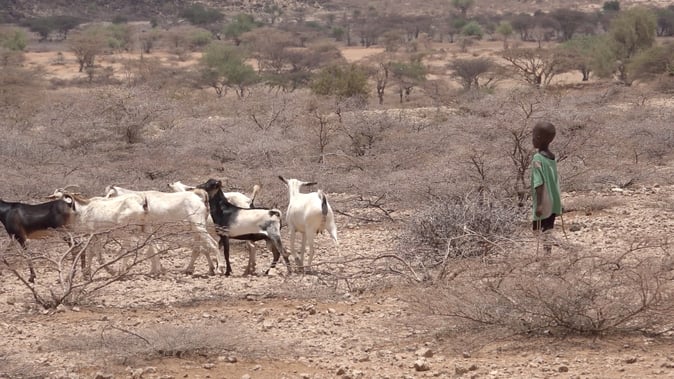 Stephen says that as he got older, he would leave home for the pasturelands where he would spend months sleeping out in the wild ensuring that the family’s livestock was well taken care of.

“I did this for most of my childhood years,” he says. “I spent more time in the wild with the animals than I did at home. In fact, my fellow herders became my family and we established a strong bond.”

Stephen says life in the pasturelands was not easy. Quarreling with herders from other regions over water and pasture was the norm. He says the only way to guarantee one’s safety and that of your animals was by staying together whenever fighting broke out. He says the herders would watch each other's backs and because of this, they were able to withstand many an attack.

“There is, however, a time when the attackers overwhelmed us and several of my friends were killed in the attack,” he says. “We ran for our lives leaving our animals behind and I ended up losing my family’s livestock. Going back home after this was not an option for me.”

Stephen says they regrouped after this raid and they agreed to leave the pasturelands and try their hand in something else. The only option available to them was fishing and so they made their way to the shores of Lake Turkana.

Life as fishermen proved to also be quite difficult. Stephen says they would spend the night fishing and in the morning, middle-men would come and buy the fish from them at a throw-away price. 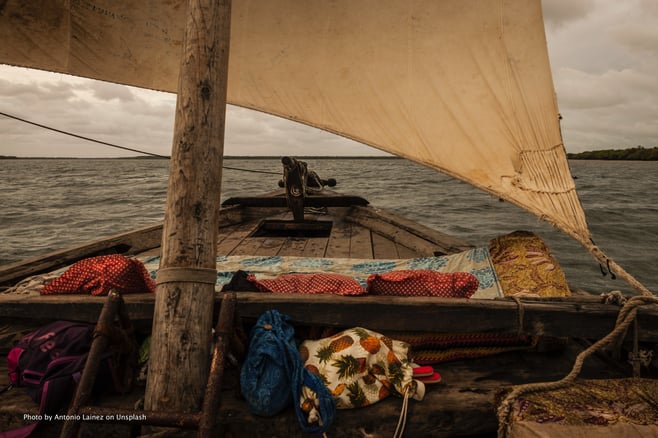 “The money we were making was barely enough to sustain us. We could not afford to pay rent and so we slept right there at the lake shores, feeding on left-over fish. We were tired, dirty and discouraged but without any options,” he says.

Due to the challenges he was facing, Stephen says he was constantly thinking about his life. He was convinced that getting an education would be the only way out of the difficulties he was facing and he would often venture into Lodwar town and admire the children coming from school.

“I would come back and tell my friends that we should ditch our fishing gig and go to school but they laughed at me,” he says.

Then in 2011, Stephen had an encounter with a complete stranger that changed the trajectory of his life forever.

“A lady stopped me as I was making my evening rounds and asked me to tell her my story,” he says. “Unknown to me, this lady had seen me several times just looking longingly at the school children and she was interested to know if I wanted to go to school. When I told her my story, what I was doing and that I also wanted to go to school, she asked me to report to a certain school in the area”.

Turns out the lady was a teacher at this government school and when Stephen showed up, she talked to the headmaster about him. Despite the fact that he was obviously well into his teenage years, Stephen says the headteacher allowed him to join the school and he was enrolled as a grade two student.

With no place to live, Stephen says the lady invited him to live with her and her younger brother who was a college student. He says the two adopted him into their family; provided for him and the lady tutored him which helped him catch up with his studies. Stephen says he lived with them until he got to grade five when tragedy struck and the lady passed away unexpectedly in 2014.

“The death of my benefactor shook me to the core and once again my life was turned upside down,” he says. 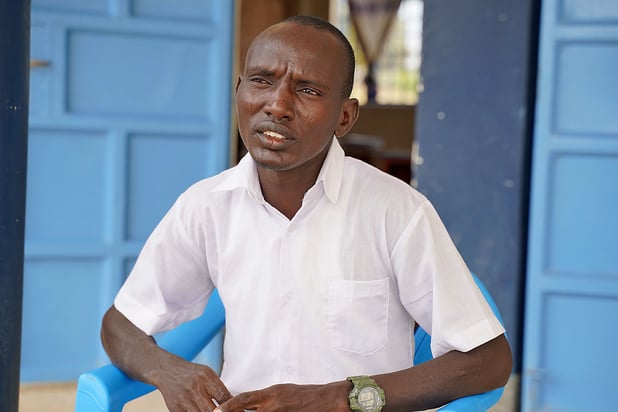 “Her younger brother was still in school so he went to live with relatives and I once again made my way back to the lake to fish. I hated every moment of being a fisherman and longed to be back in school,” he says.

Unknown to Stephen, it would be almost two years before this became possible.

“By God’s grace, my benefactor’s younger brother came looking for me,” Stephen says. “He had finished his studies and he told me that he wanted to continue with what his sister had started. He became my new benefactor and I was able to continue with my schooling.”

Stephen rejoined his former school as a grade six student. He found that his classmates were now grade eight students, but he chose not to let this discourage him. He worked hard and was soon well settled in the school. Stephen says that being in a public school presented some challenges and both he and his benefactor wished that he could attend a better school.

Thankfully, in early 2019 just before Stephen joined grade eight, they got to learn about the partnership MOHI had with Kangangatei Primary school. Stephen says his benefactor immediately approached the school to have him enrolled there. He passed the interview and secured a slot to join the grade eight class.

“I immediately noticed the difference once I joined the school,” he says. “Kangangatei had better school facilities, we had enough well-trained teachers, enough books for all of us and a great feeding program. I was really grateful to be a student there.”

Stephen was well prepared to sit for his primary school exit exams at the end of that year, although he was wondering what would happen next. Stephen says he knew that his benefactor was willing to help him, but he did not know if he could afford to take on the financial burden of buying everything needed to join high school.

“I thank God because MOHI stepped in and removed this obstacle from us,” he says. “The entire class of 2019, MOHI offered them a chance to join Turkana High School and they provided us with everything we needed. In fact, the only thing my benefactor paid out of his pocket was the minimal commitment fee and he also got me an additional pair of socks,” Stephen says, visibly brightening up. 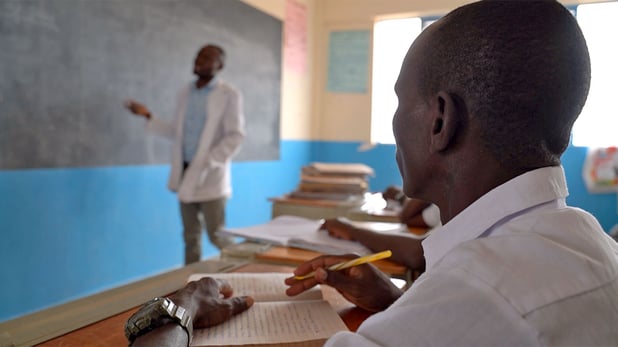 Stephen admits that he never thought he would one day be a high school student. He is now a class leader and he says that he gets along with all his classmates and his teachers. He says that he also mentors his fellow students, sharing with them his past experiences as he tries to teach them about the way of life.

“I am now a different person in the way I think, the ability I have to reason and logic and how I view life,” he says. “I no longer have the mentality I had as a herder or a fisherman. I now long to become a man who makes a positive impact in his community. I want to help boys like me who are stuck at the pasturelands or at the lake just as I once was,” he says.

Stephen says he also really appreciates the spiritual programs offered at MOHI because they have helped him to know God better. He says that he can now see the hand of God in how far he has come and this fills him with so much gratitude.

“I remember how I would survive on wild fruits or go for days hungry out in the pasturelands or how we would eat pieces of left-over fish at the lakeshore just so we could survive. And now, I am in school where I am assured of three nutritious meals.

I remember how God saved me when my friends died and I survived. How he brought ‘good samaritans’ into my life who have supported my education and how He made it possible for MOHI to have schools in Turkana that benefit people like me. Today my future is bright and I have a reason to smile!”

We truly thank God for Stephen’s life and for the difference the Lord has enabled MOHI to make in his life and in the lives of countless others.

Prayerfully consider partnering with us as we work on our God-given mandate to transform lives through the hope of Christ.