“For no one can lay any foundation other than the one already laid, which is Jesus Christ.” 1st Corinthians 3:11 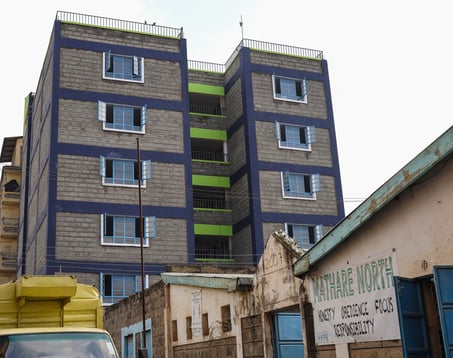 Missions of Hope International is focused on nurturing steadfast learning in children. We provide quality education to children from disadvantaged communities, in order to ignite holistic transformation in them.

Mathare North is among the 23 communities we serve. Founded in 2007, the center initially facilitated only 90 students. It continued to grow steadily and soon became too small to accommodate the increasing student population. It became clear that expansion was required.

“I remember when our partners asked us about our greatest need. We said we needed to put up a building for our Mathare North center. At the time, we had not even purchased property for the school yet,” said Mary Kamau, MOHI founder. 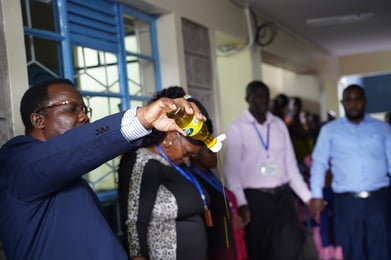 This vision took root when construction of the new building started in 2011 and it became fully actualized on Monday September 23rd when the completed building was commissioned.

The event to mark the building’s dedication was a colorful affair attended by MOHI founders Wallace and Mary Kamau, the directors, Mathare North staff and other staff representatives.

The function which started at 2:16 pm, was attended by over 100 people and it involved prayers, praise and worship session, a sermon and music presentations from Mathare North students.

Mr and Mrs Kamau then dedicated the new building by anointing it and praying with the outreach church members and MOHI leaders.

A celebratory cake was cut to mark this great milestone. But, just before the day’s activities came to an end, Mathare North students who had excelled during the annual music festivals held last term were awarded their certificates by Pastor Wallace.

With this building now ready for occupation, the center can now comfortably accommodate 935 students. This is indeed cause to thank God for His faithfulness in helping us cultivate an environment that bolsters holistic transformation among the communities we serve.